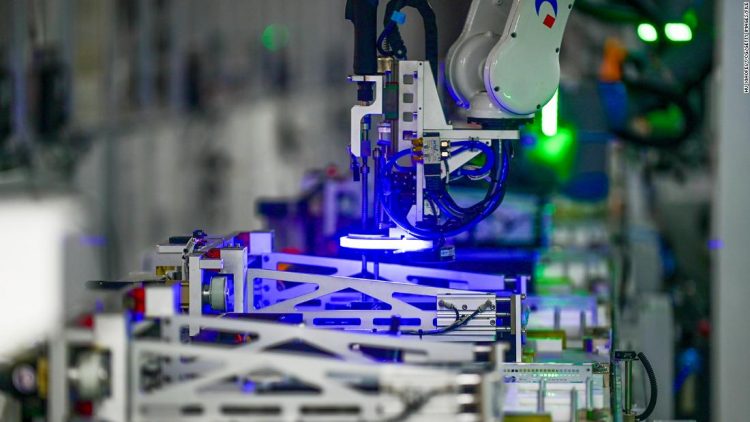 President Joe Biden on Tuesday signed new legislation aimed at boosting the US semiconductor industry, in an attempt to address a long-running computer chip shortage and reduce reliance on other countries, such as China, for manufacturing. Dubbed the CHIPS and Science Act, it provides incentives for domestic semiconductor manufacturing as well as research and development, including more than $50 billion in funding and additional investment in the National Science Foundation, the Department of Commerce and the National Institute of Standards and Technology.China has long been a dominant force in tech manufacturing, with companies such as Apple (AAPL), Google (GOOG) and Microsoft (MSFT) relying significantly on the country to make their devices and the parts that comprise them. China has also rapidly gained ground in the semiconductor market, ranking first globally in assembly, packaging and testing and fourth — ahead of the United States — in wafer fabrication, according to a recent analysis by the Center for Strategic and International Studies. But the Covid-19 pandemic caused a global shortfall in chip supply, with matters made worse this year by China’s stringent lockdowns, which stalled factories and hurt supply chains. Multiple regions are now rethinking their approach to the industry in order to become more self-sufficient and reduce exposure to Chinese manufacturing. 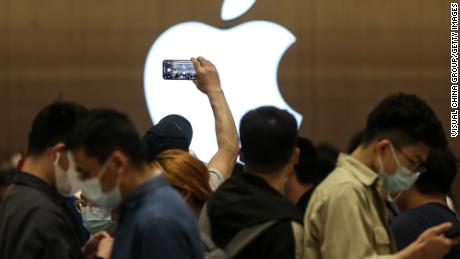 US Treasury Secretary Janet Yellen has repeatedly touted the importance of “friend-shoring,” or moving supply chains through US allies such as South Korea and Japan to further insulate the tech industry from China. European legislators, meanwhile, have proposed investments worth tens of billions of dollars over the coming years to boost the continent’s semiconductor industry.China, for its part, continues to try to grow its semiconductor industry as part of a five-year plan announced last year.

“There’s growing global recognition that these are the technologies that will determine who ‘wins’ in the future global economy,” Kenton Thibaut, Resident China Fellow at the Atlantic Council’s Digital Forensic Research Lab in Washington DC, told CNN Business. However, she added, being completely self sufficient in chipmaking is easier said than done because of the layers of technology and specialized expertise involved. “It’s not really possible to gain a top spot in the semiconductor supply chain as a whole.” 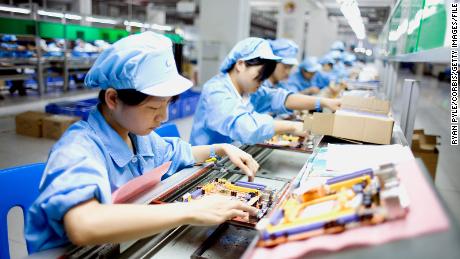 Complicating matters further is Taiwan, the self-governed island off China’s coast that has become a diplomatic and military flashpoint between Washington and Beijing. Tensions around Taiwan, which China’s Communist Party views as its own territory despite never having controlled the island, have escalated rapidly after US Speaker of the House Nancy Pelosi’s visit there last week. Taiwan is critical to the global semiconductor industry, with several of the world’s top manufacturers headquartered there, including Apple suppliers Foxconn and Pegatron. The biggest of those chipmakers, Taiwan Semiconductor Manufacturing Company or TSMC, accounts for an estimated 90% of the world’s super-advanced computer chips. “Nobody can control TSMC by force,” the company’s chairman, Mark Liu, said in a recent interview with CNN. “If you take a military force or invasion, you will render TSMC factory non-operable, because this is such a sophisticated manufacturing facility [that] it depends on the real-time connection with the outside world — with Europe, with Japan, with the US.”

A push to bolster US production

TSMC has already committed at least $12 billion to building a semiconductor fabrication plant in Arizona, with production expected to begin in 2024. Another Taiwanese manufacturer, GlobalWafers, recently pledged $5 billion towards building a silicon wafer plant in Texas, and South Korean conglomerates Samsung and SK Group earlier this year put forth plans to spend tens of billions of dollars to grow their US tech manufacturing presence.

TSMC’s investment predates the CHIPS and Science Act, but the legislation is likely to spur more companies to bring factories to the United States, according to Zachary Collier, an assistant professor of management at Virginia’s Radford University who specializes in risk analysis.

“It’s a very capital-intensive process to build a big manufacturing facility like this and anything that offsets some of those costs very much incentivizes the companies to bring those things onshore,” he said. The legislation earmarks nearly $53 billion over the next five years to expand US semiconductor manufacturing, including $1.5 billion for telecommunications companies that compete with Chinese firms such as Huawei. Companies that invest in semiconductor manufacturing will also get a 25% tax credit.

Even beyond the short-term incentives, companies may be keen to establish a US manufacturing presence because of the country’s relative stability, security, highly educated working class and, perhaps most importantly, sheer demand. Collier estimates that the United States accounts for a quarter of global semiconductor demand but only 12% of manufacturing. And TSMC says North America, broadly, accounts for 65% of its revenue, with China and Japan accounting for 10% and 5%, respectively.

Companies “would try to rush in and satisfy that demand,” Collier said. But replacing China overnight — or perhaps at all — will not be easy.

“Right now China has an advantage in that it has a concerted strategy around pitching its technologies and supplying critical infrastructure to countries that need them,” said Thibaut. “The US and other democracies need to also develop a strategy around tech that does not just focus on competing with China, but is also proactive in providing real solutions to real needs.”

No matter how much countries try to shore up their local manufacturing bases, it will likely be virtually impossible to decouple from the global supply chain, particularly for products as integral and intricate as semiconductors. The design, fabrication, manufacturing and even raw materials for chips are distributed across several different countries and regions.

“It’s really a huge web,” said Collier, adding that no matter how much countries try to localize production, a degree of interdependence is inevitable. “It’s global, one way or the other.”

We used to get excited about technology. What happened?

How to Eject Water From Your Apple Watch