Samsung Galaxy Z Fold 4 & Flip 4 Available For Pre-Orders, Here’s How To Pre-Book & For How Much- Technology News, Firstpost 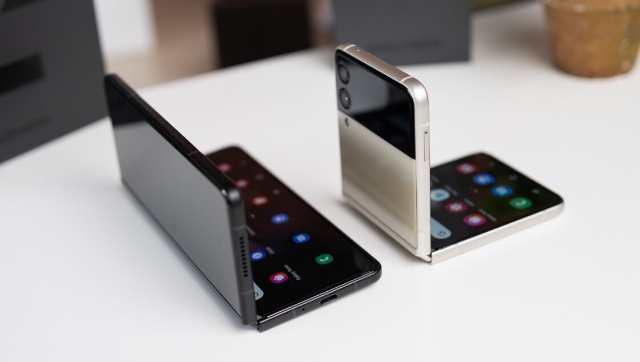 Samsung will be launching their flagship foldable devices, the Galaxy Z Fold 4 and the Galaxy Flip 4 on August 10 at their Galaxy Unpacked event. While the event will be a digital one, interested viewers can catch the launch being live streamed on Samsung’s website and their YouTube channel on August 10, at 6:30 PM.

Samsung India has already started taking pre-orders of the upcoming devices. The Indian arm of the South Korean tech giant has announced that customers can pre-reserve the Next Galaxy Fold and Flip smartphones for a small token amount and get some additional benefits at the time of the launch.

Users who are keen on being one of the first people to get their hands on the Galaxy Fold 4 and the Galaxy Flip 4 will be able to pre-reserve or pre-order their foldable devices by paying a token amount of Rs 1,999 on Samsung’s website and through Samsung Exclusive Stores.

Customers who pre-reserve the next-gen Galaxy smartphones will get additional benefits worth Rs 5000 after delivery of the devices.

Although the exact features and specs of Samsung’s upcoming foldable smartphones will only be revealed during the launch event on August 10, some of the features and specifications have leaked online.

While Samsung has not confirmed anything about the Galaxy Z Fold 4 and the Galaxy Z Flip 4, the smartphones are said to come with several improvements over their predecessors.

The Galaxy Flip 4 is expected to be running on the Snapdragon 8+ Gen 1 chipset and will have more storage options as opposed to the Flip 3. The Flip 4 is also rumoured to have a less noticeable crease on the display.

The biggest upgrade to the Galaxy Flip 4, will probably be to the battery, which is expected to jump from 3,300 mAh all the way up to 3,700 mAh.

The Galaxy Fold 4, too, is expected to have Qualcomm’s new Snapdragon 8 Plus Gen 1. It is likely to be powered by a 4,400 mAh battery with support for fast charging. Additionally, we should also see a good array of 5G bands, stereo speakers and support for an S Pen.

‘Lightyear’: Here’s When to Expect the Pixar Film on Disney Plus