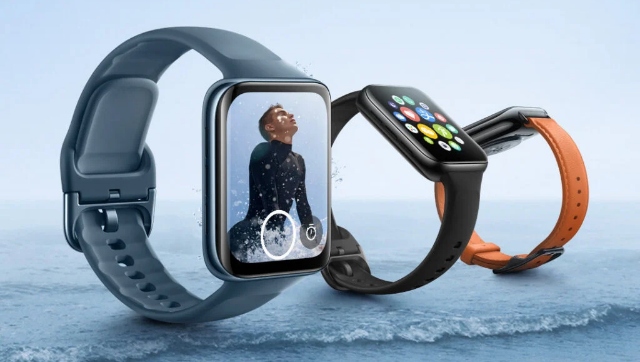 Oppo announced last month that they would be launching the Oppo Watch 3 series sometime in August this year. The tech company had not announced a launch date, but now, it seems that the Watch 3 series will launch next week.

According to a new leak, the Oppo Watch 3 will launch on August 10.

The Oppo Watch 3 series is rumoured to include at least three models, and we know at least one of them will be powered by the Snapdragon W5 Gen 1 SoC since Oppo has confirmed the chip multiple times for the Watch 3 series. This could mean, that Oppo could be the first company to bring a Snapdragon W5 Gen 1-powered smartwatch to come to the market.

An image of what’s said to be the Oppo Watch 3 and Watch 3 Pro has also surfaced, revealing their designs. The rendered images reveal that the company has renovated the design of the flagship smartwatch from its predecessor, the Oppo Watch 2.

The report couldn’t confirm whether the upcoming smartwatch will be released in markets outside China. The original Oppo Watch is now available globally but the company took a while before it started offering the smartwatch outside its domestic market. Oppo hasn’t divulged anything else about the Watch 3 series, but rumoured specs include a high screen-to-body ratio, LTPO display, Apollo 4 Plus dual chip, and standard ECG. There will be four colours to choose from – black, silver, dark grey, and light gold.

More details about the Oppo Watch 3 series should surface in the coming days.