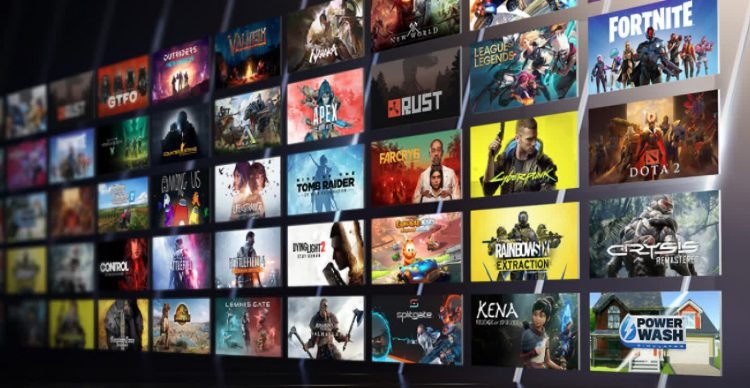 What just happened? Logitech and Tencent Games are coming together to bring a cloud gaming handheld to market, and you might even be able to get your hands on it before your Steam Deck arrives. The handheld will combine Logitech G’s expertise in hardware with Tencent’s renowned software services. The two are working with teams from Xbox Cloud Gaming and Nvidia GeForce Now to allow gamers to play AAA titles while away from their PC or console.

Unlike a Steam Deck or Nintendo Switch that does all of the processing locally, games on this cloud handheld would be rendered and played on remove servers and streamed to the console. Players would simply interact with them locally on the handheld.

We’re thrilled to announce an official partnership with @TencentGames to bring a cloud gaming handheld to market later this year that will support multiple cloud gaming services.

Be the first to learn more by registering for developments updates: https://t.co/tfAmQMTKCD pic.twitter.com/dNfmuKIz3w

Today’s announcement boils down to a teaser. Aside from a promised launch date later this year, we have no information on how much the system will cost or what it might even look like.

Handhelds are hot right now, and both Logitech and Tencent want to capitalize on their popularity. As a cloud-focused handheld, however, it’s safe to assume that Logitech won’t load it up with the most powerful processing hardware on the market. This should keep costs down and make it more accessible to a wider range of potential buyers.

With the proliferation of 5G and speedy Wi-Fi, the wireless infrastructure is seemingly in place to support such an endeavor. Cloud gaming itself has also come a long way over the last decade following some initial hiccups, with several major players including both Microsoft, Google, and Nvidia currently operating services.

Smartphones could be a major hurdle for a cloud-based handheld. Today’s phones pack enough power to deliver a solid mobile gaming experience and they’re only getting better with time. Add in a dedicated controller like the Razer Kishi or the Backbone One and you’ve got a serious mobile gaming platform at your disposal.

Interested parties are encouraged to submit their e-mail address over on Logitech’s website to be among the first to receive news about the cloud gaming handheld.

Why big tech companies are so quiet on abortion rights