How blockchain plays a role in Singapore’s climate change efforts 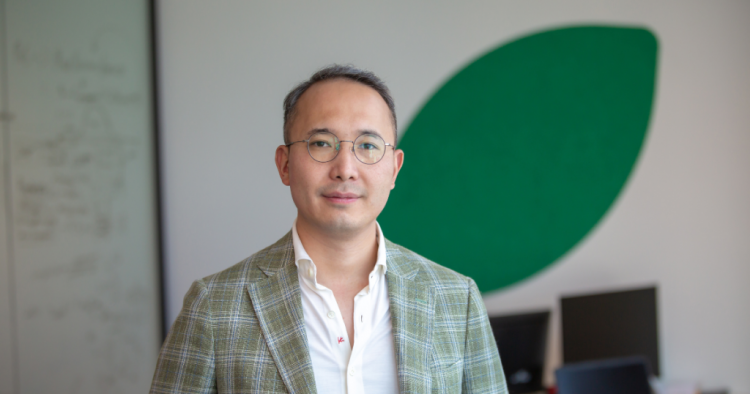 In the coming decade, carbon taxation is set to play a significant role in Singapore’s efforts to control climate change.

As it stands, companies which emit at least 25,000 tonnes of greenhouse gases (GHG) per year are regulated under the Carbon Pricing Act. Introduced in 2019, this requires them to submit an annual emissions report and pay a tax of S$5 per tonne of GHG emissions.

Increasing the tax rate could have a significant impact on business costs. To help control this, the revised carbon tax framework will include subsidies which promote decarbonisation. Notably, businesses will be able to use international carbon credits to offset up to five per cent of their taxable emissions.

Carbon credits are issued by climate action projects which work to reduce GHG emissions. Each credit is the equivalent of one tonne of emissions being removed from the atmosphere. Companies can purchase carbon credits to effectively counteract the emissions which they produce.

The barriers to carbon credit trading

Traditionally, carbon credit markets have suffered from a number of issues, including a lack of accessibility and transparency. They involve a number of middlemen responsible for verifying credits and facilitating trade.

The process requires upfront verification, certification and annual monitoring which would involve a high-cost barrier and an extensive timeline. There is also a lack of liquidity, which is necessary for efficient trading.

This makes participation difficult, not only for businesses purchasing carbon credits but also the ones producing them.

“Small renewable producers often get intimidated by the sheer amount of paperwork, and thus are unable to even begin the process of trying to understand whether they qualify for carbon credits,” says Enkhtsetseg.

Carbon credits on the blockchain

Using blockchain technology, URECA is making the carbon credit market more accessible for all. Processes such as the verification of credits are being automated, allowing trading to be cheaper and more efficient.

Blockchain technology tackles several key deficiencies that were associated with the carbon credit markets. These include improved transparency on where the credits originate from, total chain of custody, decentralised and transparent registries, and ability to scale the markets through the use of smart contracts.

With the help of URECA’s proprietary technology, households can generate revenue by installing solar panels and using them to issue carbon credits.

“The renewable energy produced by the solar panels is verified at the source and then validated through URECA’s machine-learning-powered verification and accreditation system.”

The renewable energy produced by these solar panels is automatically recorded in the form of a blockchain-based certificate. “With this certificate, small renewable producers can directly sell their carbon credits on URECA’s decentralised exchange.”

Currently, URECA is rolling out its technology in Mongolia, in an effort to bring pollution under control and promote renewable energy.

“Mongolia has an extremely harsh winter climate and residents stay warm by burning wood and unrefined coal, making Ulaanbaatar one of the most polluted cities in the world,” Enkhtsetseg explains.

By switching to renewable energy, households can stop as much as 20 tonnes of coal from being burnt annually. In addition, they can reap the monetary benefits of selling carbon credits.

Over time, URECA plans to expand across other Asian countries as well. Singapore is a key location for the company to facilitate this effort.

“The Singaporean government has taken a leading stance to mobilise resources and implement policies to fight climate change. That is the reason why we have chosen Singapore as our global headquarters.”

Singapore as a carbon trading hub

AirCarbon and MetaVerse Green Exchange (MVGX) are two other Singapore-based companies which operate their own blockchain-based carbon trading exchanges.

Launched in 2019, AirCarbon Exchange was the first of its kind. Today, it offers global access to a range of carbon credits securitised as tokens. Along with this, the platform has also offset its own emissions using carbon credits, making it the world’s first carbon-negative trading platform.

At the moment, AirCarbon Exchange’s clients are primarily corporation and accredited investors. This could change in the future, thanks to the improved accessibility to the market. “It is likely that more retail investors would be interested in adding carbon credits as a part of their investment portfolio,” says a company representative.

MVGX is also strengthening Singapore’s carbon market through its proprietary tokens, which provide a full view of carbon footprint disclosures to both buyers and sellers.

Already at the forefront of climate action, Singapore is well-positioned to leverage its role as a key trade and finance hub to strengthen its proposition as a carbon trading destination. Blockchain-based innovations such as MVGX’s Carbon Neutrality Tokens can help strengthen Singapore’s carbon market, as the country looks to fulfil its sustainability obligations as part of its Green Plan 2030.

He cited AirCarbon Exchange and MVGX as examples among 70 organisations which currently provide carbon services in the country. This is the highest concentration of service providers anywhere in Southeast Asia.

For years, Singapore has maintained a progressive stance on the development of blockchain technology. Carbon credit exchanges are one of the most promising use-cases — which address a real-world problem — to emerge thus far.

The Apple Watch Series 8 Is For Everybody – Review Geek

The 13 Best Netflix Series With Big Plot Twists and Revelations