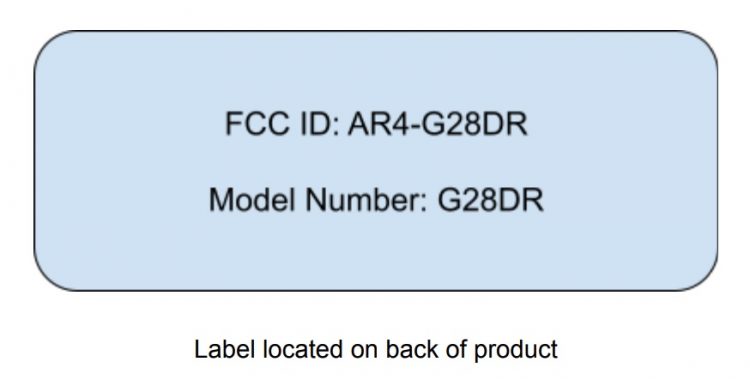 FCC filings can often be used to figure out specifics on upcoming devices that were not yet known or they reveal devices we didn’t even know were on the way. A filing today by Google falls into the latter category, where we have a product that remains shrouded in mystery and is only labeled as “wireless device.” The FCC is giving us almost nothing except for another device made by Google to be on the lookout for.

A device under model number G28DR stopped through the FCC with WiFi and Bluetooth on board. The filing lists it as an “engineering sample” with a label on the back of the product. Below, you can see a view of the shape of that label.

If we look at one of the tests, the description of the device tells us about a power supply running to it, a possible battery included, and that it has 802.11ac WiFi. And that’s all we get.

I have no idea what this could be, but I would lean towards it being something in the Nest or smart home category. With an FCC label on the back, there’s a good chance that it does not have a screen. With Bluetooth and WiFi, it obviously plans to connect to a lot of things, so that could mean a new Nest speaker or some other screen-less device. 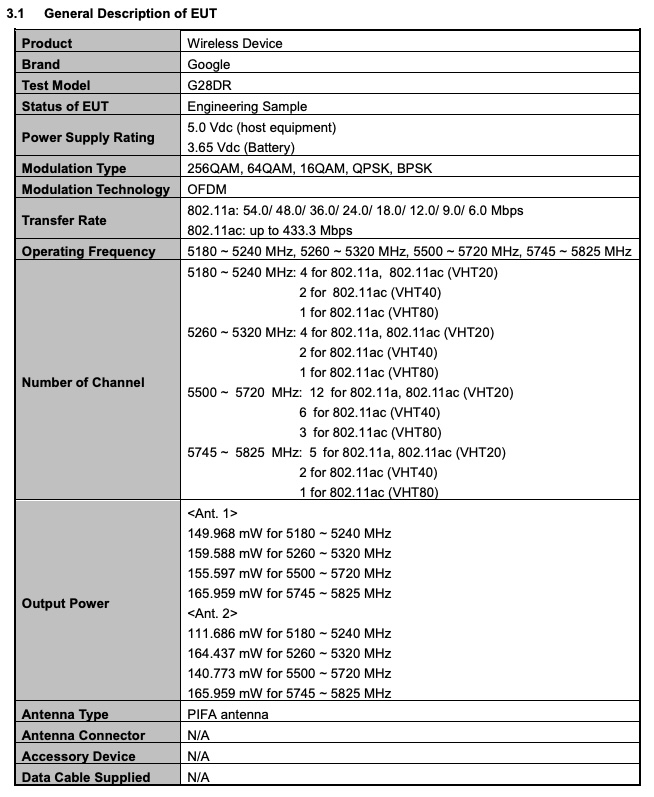 If anything, add G28DR to your list of Google devices to regularly search the internet for.

How to Change Directories in Command Prompt on Windows 10