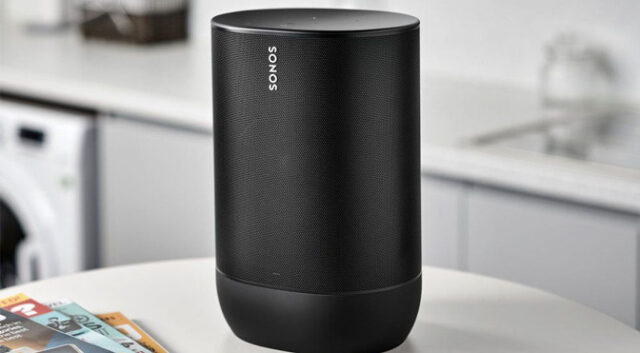 Google and Sonos have been at each other’s proverbial throats for the entirety of the pandemic, and tensions are not easing anytime soon. If anything, the patent dispute between the companies is escalating. Google has now filed a patent infringement lawsuit against Sonos, alleging that the audio firm has copied proprietary voice assistant technology.

The new legal challenges were filed in California federal court this week, citing seven Google patents related to smart assistant technology. Google has been active in this area for years before it launched the revamped Google Assistant platform in 2016 alongside the first Pixel phones and Google Home speaker. However, most of the patents at issue in this case are from the last few years, and all of them are hyper-specific, low-level technology patents with titles like “Device Designation for Audio Input Monitoring” and “Apparatus and Method for Seamless Commissioning of Wireless Devices.” It also tossed in an old wireless charging patent for fun.

Google and Sonos collaborated on several occasions, including from 2016 through 2019 to add support for Assistant on Sonos products. Sonos accused Google in early 2020 of infringing on its patented technology for controlling networked audio devices. It has seen some success in the case, which has forced Google to remove volume controls and instant setup features from its Chromecast and Assistant speaker devices. The US International Trade Commission (ITC) ruled earlier this year that Google violated five Sonos patents, just in time for Sonos to release a voice control feature. That, along with Google’s ITC loss, may have precipitated the new legal volley. Google tells Gizmodo that it has no choice but to file a lawsuit as Sonos has launched an “aggressive and misleading campaign against our products at the expense of our shared customers.” Although, Google made the decision to remove features rather than license technology from Sonos. That’s made its ecosystem more frustrating, especially if you have more than one Cast-enabled device on your network.

Sonos isn’t taking this lying down, telling Reuters that Google’s case is an “intimidation tactic designed to retaliate against Sonos for speaking out against Google’s monopolistic practices, avoid paying Sonos a fair royalty for the roughly 200 patents it is currently infringing, and grind down a smaller competitor.” It’s fair to note, however, that Google rarely uses patents offensively like this. That suggests there’s real animosity between the companies, and a cross-licensing deal is therefore unlikely. If Google wins its case, it could force Sonos to pay license fees or remove offending features from its devices.