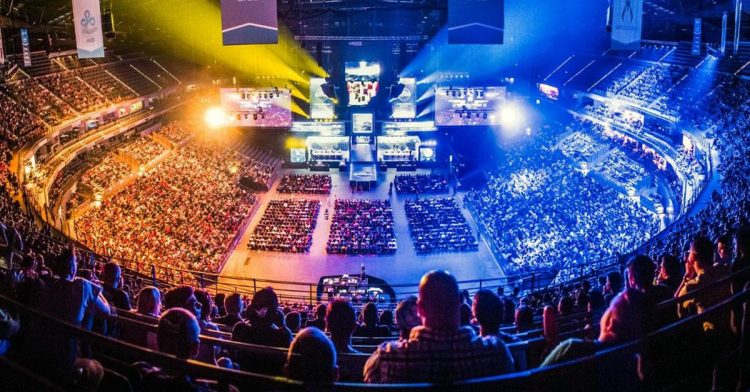 Esports is growing in popularity at an alarming rate, with millions of fans watching competitions around the world. However, as esports becomes more popular and widespread, some people are starting to ask if it’s a good investment for businesses and countries. In this article, we’re going to explore the different aspects of esports and see how it could fit into a country’s economy.

Esports is a growing industry

Esports is a growing industry with a lot of potential. As esports continues to grow, countries are starting to see the potential it has for their economy. Countries are starting to invest in esports and see the benefits it has for their economy. Esports is a great way to promote tourism and attract new investors. There are a lot of opportunities for countries to take advantage of the esports industry. Governments need to make sure they have the right regulations in place so that esports can continue to grow and be successful.

The role of esports in the country economy

ESports are quickly becoming a staple in the country economy. As esports continues to grow, so does the role it plays in both the entertainment industry and the country’s economic landscape. More and more businesses are starting to see esports as an opportunity to reach new audiences and generate revenue. Here are some of the ways esports is contributing to the country economy:

Esports is a major source of income for professional players. According to Newzoo, global revenues from esports will exceed $1 billion by 2022. In China, professional gamers can earn up to $1 million per year. This money helps support their lifestyle and allows them to continue competing at the highest levels.

Esports is also a major source of revenue for teams and leagues. The prize money awarded in tournaments has steadily increased over the years, with some events now featuring prize pools worth millions of dollars. This money goes directly into the pockets of tournament organizers and players, supporting their careers and helping them to become even better competitors.

Esports is growing rapidly across all genres. This means that it is providing a wide range of opportunities for businesses in different sectors to get involved. For example, bookmakers are using esports data to improve their odds offerings,

Esports as an outlet for social justice

Esports has come under scrutiny in recent years due to its high levels of toxicity. This toxicity can be seen as an outlet for social injustice, as players from marginalized backgrounds often face harsher treatment in competitive matches. In South Korea, for example, the majority of professional gamers are male and white. This lack of diversity can lead to narratives that ignore the different experiences of minority groups, reinforcing the power dynamics at play in society.

While some argue that esports should be abandoned as a outlet for social justice because of its toxicity, others see it as a way to bring people from different backgrounds together. Esports tournaments can be used as platforms to discuss issues such as gender equality and social mobility. By creating a space where these conversations are encouraged, esports may provide a way for society to move forward towards more inclusive and just policies.

Esports and the future of the industry

The esports industry is booming, with revenues projected to exceed $1 billion by 2022. While the global audience for esports is estimated at more than 350 million people, there are still many countries without a robust esports infrastructure. This is where the country economy comes into play.

There are a number of factors that will affect the future of esports in a country economy. The first is government support. Some countries have already shown their commitment to the industry by investing in infrastructure and developing regulations. Other countries have been more hesitant to invest, but that could soon change as they realize the potential economic benefits. If we talk about the India, esports in India is very much popular but GovT is not that supportive at all. Games are banning and no fix guidelines are issued as well.

In terms of viewership, many countries are still lagging behind developed markets like the United States and Europe. But this is starting to change, with Asia Pacific and South America leading the way in terms of viewership numbers. This indicates that there is room for growth both regionally and globally.

Another factor that will affect the future of esports is consumer behavior. In developed markets, consumers are already familiar with traditional sports brands such as Nike and Adidas. They are also more likely to spend money on related products and services. This means that it will be important for brands like Riot Games and Activision Blizzard to invest in marketing and merchandising

Esports and its impact on the country’s economy

Esports is a rapidly growing industry that is continuing to grow in popularity and has the potential to create a number of jobs in the future. With this in mind, it is important to consider the impact of esports on the country’s economy, both now and in the future.

One of the most obvious ways that esports can have an impact on the country’s economy is through the creation of new jobs. According to a study by Newzoo, there are currently over 385,000 people working in esports, with that number expected to reach 1.1 million by 2020. This growth is thanks largely to the increasing popularity of professional leagues and tournaments, as well as the increasing demand for professional gaming equipment.

However, it isn’t just professional gamers who are benefiting from esports growth – there are also a number of job opportunities available for people who work in related fields such as marketing, broadcasting, coaching, and management. This means that not only will there be more people working in esports itself, but also in related industries such as gaming hardware manufacturers, streaming platforms, and event organisers.

There are also wider implications for the country’s economy when it comes to esports. For example,

Challenges and opportunities for esports in a country economy

There is no doubt that esports is growing in popularity and is now considered a mainstream phenomenon. However, it faces various challenges and opportunities in a country economy. Here are some of the key considerations:

1. Esports presents an opportunity to engage with a new audience. In countries where there is a lack of traditional sports content, esports can provide an outlet for people to participate and watch competitive gaming. This can be particularly valuable for young people who may not have access to other forms of entertainment or who are looking for an alternative activity.

2. Esports offers an opportunity to generate revenue through advertising and sponsorship. There is potential to monetize esports in a number of ways, including through advertising, ticket sales, and merchandise sales. In some cases, teams or individual athletes may be able to earn a significant income from their participation in the sport.

3. Esports offers an opportunity to create new jobs in the gaming industry. Traditionally, gaming has been a very labour-intensive activity, with many people working on developing games and related software. With esports becoming more popular, there is likely to be an increase in demand for skilled workers in this field. Indeed, some companies are already looking for staff with specific gaming

As the esports industry continues to grow, there is a future for esports in countries with economies that are conducive to this type of activity. In these countries, esports will be an increasingly important part of their culture and economy. With strong sponsorship deals, high-quality broadcasts, and large crowds at live events, esports is poised for continued growth in coming years.

Shopee on how businesses can boost online presence and sales