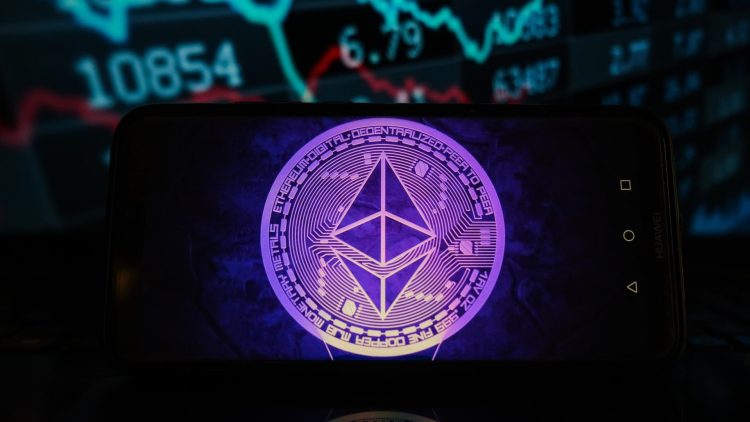 Ether soared to a two-month high after developers successfully completed a final dress rehearsal for a pivotal upgrade expected to happen next month.

The world’s second-biggest cryptocurrency climbed as high as $1,927 on Thursday, marking its highest level since early June, according to data from CoinMetrics. The token was last trading at $1,901.16, up 4.5% on the day.

On Wednesday, Ethereum ran its final dry run for the “merge,” a key event that is expected to make it faster and more energy-efficient. One of Ethereum’s test networks, called Goerli, simulated a process identical to what the main network will execute in September. Testnets allow developers to experiment and make necessary adjustments before updates launch on the main blockchain.

The merge will see ether’s underlying blockchain transition from a proof-of-work system to a more efficient model called proof-of-stake. Proof-of-work consensus mechanisms depend on crypto miners to verify transactions. Proof-of-stake networks, on the other hand, require validators to hold a certain amount of tokens to participate, making them much less energy-intensive. The event, which has been delayed multiple times, is now expected to take place on Sept. 19.

Once finalized, the upgrade is expected to speed up transactions on the ethereum network and make it more energy-efficient, with backers hopeful it will address criticisms over the environmental impact of cryptocurrencies. That has led some investors to bet ether may eventually end up stealing bitcoin’s thunder. Bitcoin has lost some ground to other tokens in recent years, with its market dominance slipping below 40% from almost 70% at the beginning of 2020.

For IT specialist Kaj Burchardi, whether ethereum eventually unseats bitcoin as the crypto king is “pretty much irrelevant” since the two don’t directly compete with one another.

“The purpose of why you buy bitcoin, from a mindset perspective, and what you actually want to do with that is fundamentally different than when you use ethereum,” said Burchardi, managing director of BCG Platinion, the IT-focused division of Boston Consulting Group.

“Ethereum … is not a use case. It’s providing possibilities of implementing really good use cases like NFTs [nonfungible tokens] and banking products on a platform. Bitcoin is a use case.”

Following the success of the merge test, ether led a broad rally among digital assets Thursday, with the combined value of all cryptocurrencies climbing over $70 billion in a day to $1.2 trillion. Bitcoin was up 6% at a price of $24,507, reaching an almost two-week high, while Binance’s BNB token was 3% higher at $330.

Still, investors have soured on cryptocurrencies more generally following the catastrophic implosion of the $60 billion stablecoin TerraUSD, which sent shockwaves through the crypto market and helped trigger the collapse of investment firms Celsius, Three Arrows Capital and Voyager Digital. The entire crypto market has shed nearly $2 trillion in value since reaching a peak above $3 trillion in November.