The January 6 hearings brought politics into the TikTok age 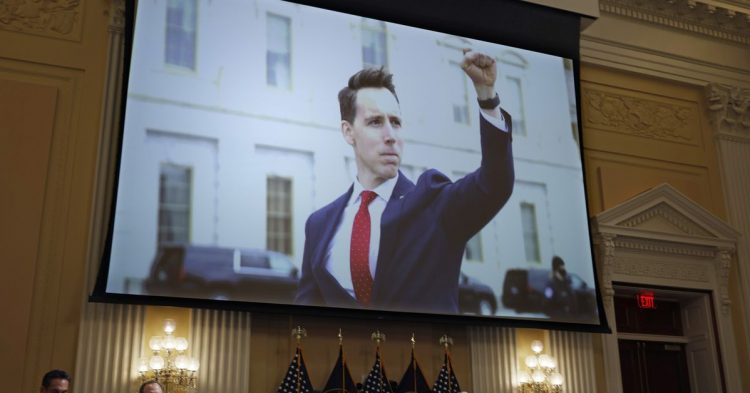 Democrats are having a rough summer. Inflation, disease, a president people don’t want to see on the ballot again.

So you can see why they’ve gotten excited about a TV show that offers a glimmer of political hope: The January 6 hearings, which have held Donald Trump to account for the 2021 Capitol riot, and at the same time made a tacit argument that Democrats can succeed at something — in this case, breaking through America’s we’re-over-it mindset.

The eight hearings, which ran through last week before pausing until September, have been a real break from the congressional hearings you’ve seen — or likely ignored — in the past. Instead of ponderous pontificating by lawmakers, interspersed with hard-to-parse testimony, they have been expertly made — produced by a TV pro — to appeal to audiences on TV and on the internet.

They have been well-watched. Eighteen million people saw last week’s season finale, putting the primetime event on an even footing with the NFL, TV’s most popular programming. (That also puts them in line with Very Big Hearings like former FBI Director James Comey’s testimony in 2017 and Supreme Court nominee Brett Kavanaugh’s appearance in 2018, though I’d argue that those had more built-in drama because they were about real-time events, not a retrospective.)

And they seem to have been persuasive, both with voters and with elite opinion-makers, like Rupert Murdoch. Following last week’s episode, which focused on Trump’s refusal to call off the rioters who had breached the Capitol, both the Murdoch-owned Wall Street Journal and the Murdoch-owned New York Post castigated Trump in their opinion pages, which have tended to back Trump since 2016. (Note: Murdoch’s Fox News, his most potent outlet, remains full MAGA).

Peter Kafka reports on the collision of media and technology.

All of which makes it understandable to imagine we will see stylistic spin-offs of the hearings for years to come. “Those of us on the Dem digital comms side are like, ‘Okay, this fucking works. Can we just do this?’” says Jason Goldman, a former Twitter executive who worked in the Obama administration.

The answer, most likely, is no. Unlike a traditional congressional hearing, the January 6 programming is not a bipartisan production. It’s run by Democrats and Liz Cheney and Adam Kinzinger, two anti-Trump Republicans, because the rest of the Republican Party boycotted the committee.

They won’t do that again, which means we’re not going to see another hearing with a single consistent message and point of view. This is a one-time-only deal.

But the January 6 hearings are still likely to echo for years in political media and messaging strategies because they’ve highlighted at least two important ideas and tactics.

Form matters: One of the big innovations of the hearings has been the use of prerecorded interviews and other video clips. They’re compelling in the moment if you watch them live on TV. But just as important is that they’re explicitly meme-ready, designed to spread beyond broadcast and straight into news reports and social media, where a much larger audience will eventually see them. See, for instance, Bill Barr, Trump’s longtime attorney general, describing Trump’s voter fraud claims as “bullshit”:

Or last week’s clip of Sen. Josh Hawley (R-MO), running away from the J6 mob shortly after giving them his well-documented solidarity fist pump. Here’s a version showing the audience in the committee hearing room laughing at his sprint:

Which makes it tempting to suggest that if you’re trying to get a message out using social media to the American public, you don’t need to spend hours on live TV production. Why not just dump it straight onto Twitter and TikTok and cut out the middleman?

“You need an event,” says Dan Pfeiffer, a former communications director for Obama and now a host on Pod Save America. “It’s the difference between the movie that just shows up on Netflix and the opening of the new Spider-man movie everyone knows about.”

Again, we’re unlikely to see a single political party given the opportunity to run a hearing, so you won’t see more of this launched from the Cannon House Office Building. But it doesn’t take a lot of imagination to create events that look a lot like congressional hearings, held in rooms with paneled walls, gavels, and microphones. (Just avoid landscaping businesses in northeast Philadelphia.)

The messenger matters: Some of the information the hearings have surfaced is genuinely new and important. But a lot of it has been out there for a while, often in news reports you didn’t see the first time. That Bill Barr “bullshit” line? You could have read that in the Atlantic a year ago.

But the January 6 committee has gone out of its way to make sure you could see and hear people saying this stuff, live or on tape. And not just any people: Republican Trump fans.

Almost everyone featured in the hearings, in live and taped testimony, is a former Trump supporter — from Barr to Cassidy Hutchinson, an assistant to Trump’s chief of staff; to Stephen Ayres, a rioter who pleaded guilty to disruptive conduct; to Matthew Pottinger, Trump’s deputy national security adviser who resigned after the riot.

That’s not a coincidence. It reflects a belief that political persuasion is most effective when you use “trusted voices” — people with your background and point of view. The January 6 committee won’t persuade Trump’s most hardcore fans, but it aims to give less ardent ones a “permission structure” to break away and believe what they’re seeing and hearing.

“There are millions of Americans who might not be activists in the Trump base — they’re not true believers of the Big Lie,” says Tara McGowan, a former Democratic operative who helped organize digital campaigns during the 2020 election. “But they don’t trust Democrats. They’re going to pay more attention when it’s another Republican presenting this information.”

You could see an earlier version of this technique two years ago, when Democrats produced ads featuring former Trump voters who were breaking with their candidate.

He takes you on a ride….You gotta watch the whole thing. (Warnings: 1. NSFW 2. Wicked “Good Will Hunting” Energy) pic.twitter.com/foIo4lmaDA

You don’t need to persuade everyone with this stuff. Just moving people around the edges — like the admittedly progressive Navigator polling group says the hearings are doing with some Republicans and independents — can be meaningful.

And here’s where we can pause for a second and note that traditional congressional hearings aren’t going away, for better and for worse. And you can still use old-fashioned ones — the ones almost no one watches on TV — effectively in today’s media vectors.

In my timeline, for instance, a clip of Josh Hawley (yup, him again) tangling with UC Berkeley law professor Khiara Bridges over abortion access and gender in a Senate judiciary committee hearing was portrayed as a victory for Bridges, who told Hawley he was being transphobic. But this was obviously a fight Hawley wanted to have and was delighted to use as a launching pad:

The Democrats say what they really think: men can get pregnant and if you disagree, you are “transphobic” and responsible for violence pic.twitter.com/44CeIi5WvT

Which is also a reminder for folks who are cheering the January 6 committee’s form and function: The stuff that works there will also work in settings that don’t make you comfortable. And you don’t have to imagine politicians using edited video interviews, computer visualizations, and other techniques we’ve seen in these hearings applied to bad faith messaging: That’s the whole point of outfits like Project Veritas, which specializes in misleading “investigative” reporting.

But now that the hearings have road-tested this stuff for a big, national audience, we’re only going to get more of it, like it or not.

Instagram Music Not Working in Stories? Try These 10 Fixes

What Is Matter? We Explain the New Smart Home Standard (2022)