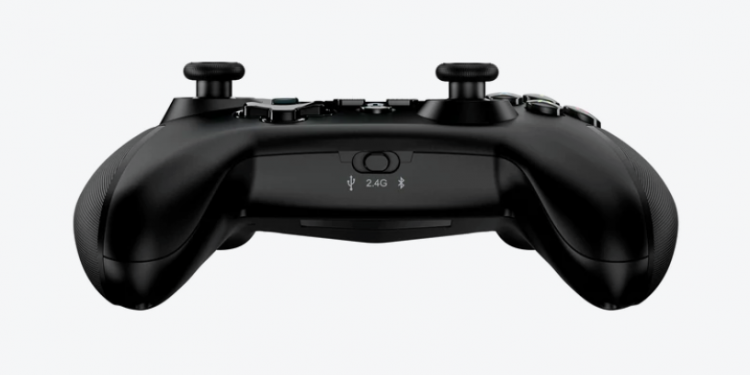 HyperX has a great new controller for those of you looking to stream and play your games anywhere and on any platform with the new Clutch!

I have written extensively in the past about hybrid controllers that are used for mobile gamers like the Rotor Riot iOS Game and Drone Controller. I have for the most part found them to be adequate but nothing that really stood out as the breakthrough ultra portable and ultra compatible controller that I have been waiting for. That was until now. Previously I reviewed the HyperX Charge Play Clutch Grip, which served as a great way to extend the battery life of your mobile device and made it more comfortable to hold but had no built-in buttons or sticks—leaving the gamer using the onscreen controller, which, as we all know, lacks profoundly in performance and eats up way too much real estate on small screens.

Thankfully, my prayers have been answered with the new HyperX Clutch Wireless Gaming Controller. Coming in at $39.99, with an Xbox controller design and layout, and compatibility using USB-C to USB, 2.4Ghz wireless, and Bluetooth, the Clutch Wireless is a monolith of too-good-to-be-true gaming greatness. But as they say in Britain… does it do what it says on the tin?

The bottom of the HyperX Clutch Wireless Gaming Controller has this amazing slider that allows you to connect it to just about anything.

Out of the box, the HyperX Clutch Wireless Gaming Controller looks amazing. It has a basic flat black finish and comes with a standard Xbox button layout. Whether you pug it in via USB or connect it through Bluetooth or 2.4ghz, the installation is quick and easy. I was able to install it on Windows and Android with minimal effort.

Once connected I fired up Elden Ring and tested how well the Clutch worked in PVP and PVE, both wired and wirelessly. I also tried streaming with Geforce Now and, other than the lag the game received from my 5g signal dipping, the controller performed great. Wired is still my preferred choice, with 2.4ghz and Bluetooth falling into a predictable order in terms of lag.

The feel of the controller is only slightly off of the full-sized Xbox standard, but is still very comfortable in my big hands and fits a bit better in my backpack. The analog sticks center up extremely well and the buttons feel very solid and clicky, so you can tap in confidence that the unit will survive hours of hardcore gaming. The battery lasts a substantial time without any need for charging via a USB-C cable that also works to hard wire it into your PC.

The HyperX Clutch Wireless Gaming Controller is a rock-solid piece of gaming gear that is about as flexible as anything on the market. Whether you are using a phone, tablet, PC, or Xbox, the standard layout combined with the USB, 2.4ghz, and Bluetooth connections has an answer for any problem you can throw at it. When you combine that with HyperX’s amazing record for making great peripherals, the $39.99 asking price seems like a gift for anyone looking to add an extra controller to their kit.

After testing several portable controllers looking to do the same job as the HyperX Clutch Wireless Gaming Controller, I can say with confidence that this is the leader of the pack, and if you are looking to jump into the world of streaming AAA games on your phone, this controller is a must.