What will be the law of the metaverse? 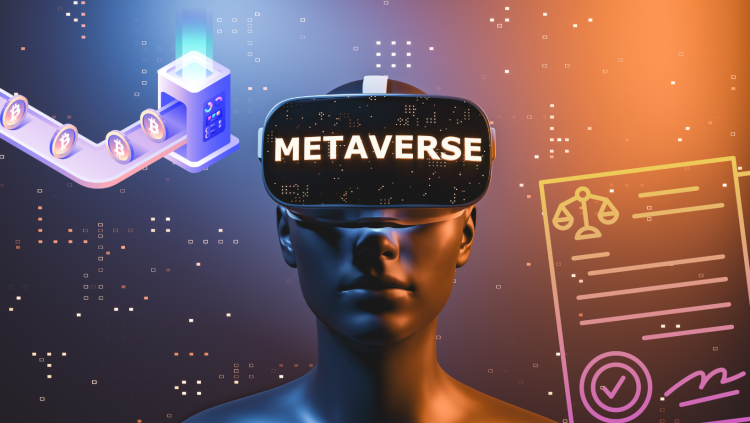 The metaverse is about creating online spaces that feel like the real world — spaces in which we will interact with people, objects and businesses, socialize, work and transact as though we were present in body. The metaverse will take users beyond the flat interfaces of smartphone and PC screens into immersive virtual reality and augmented reality experiences. These spaces will not have any physical existence, but the key to their magic will be the illusion they create of being single places for multiple participants who in the real world can be anywhere.

The law has always been tied to place. We assume by default that we are bound by the laws of the place where we are located. International trade and the internet have gotten us used to interactions that bring into play the laws of several places at once. But what about these virtual places? What laws will govern them? As the metaverse boom continues, how are legal systems around the world shaping up to get to grips with the metaverse?

A first answer is that the metaverse is no more special in the eyes of the law than the internet we use every day. Those with an interest in internet history will remember the cyber-utopians of the 1990s who declared the internet a space free from the jurisdiction of offline laws. That view, of course, did not prevail, and it will be just as true of the metaverse that, rather than being beyond laws, it is a medium in which multiple laws assert jurisdiction simultaneously.

If my avatar hands a virtual good to another avatar in the metaverse, that action will be subject to the same rules as other online transfers of things of value. The action may be taxable, restricted or prohibited. It may create legal effects or constitute performance of a contract. Questions around how overlapping — and sometimes contradictory — rules apply even to our pre-metaverse online interactions are far from simple: a comment posted by a user in one country on a platform operated in another can breach the laws of a third country or result in liability in yet another. Looking ahead to the mature metaverse, this type of legal chain reaction across jurisdictions will become more complex as metaverse environments enable mass interactions in virtual spaces.

To those who believe in the potential of the metaverse, the answer that the metaverse is nothing new in the eyes of the law may not be entirely satisfactory. We will have as much freedom of action (and more) in the metaverse as we do in the real world — the kind of freedom that gamers have hitherto enjoyed only in the closed playgrounds of game worlds but opened up to a much larger network of virtual environments.

Those new freedoms will be liberating, but they will also have a darker side. As anyone who has witnessed the chat feed of an online shoot-them-up will know, online environments are disinhibiting. Whether fully anonymous or hiding behind pseudonymous avatars, people behave badly online, and they will behave worse in the metaverse — because they will have more freedom to do so. For metaverse operators, that presents some daunting challenges: how much of this do they have to police? Can they claim that they are just passive platforms or will they be on the hook if they turn a blind eye and fail to control all of the behaviors that arise spontaneously on their platforms?

Build your own rules

The old-fashioned law and legal systems have, and will always have, a critical role to play online, but technological problems are often best fixed with technological solutions. Where you can, don’t just make a rule and tell users to follow it — build the rule into the functionality of the platform. Take a simple example: logging onto some popular metaverse platforms, one of the first things the introductory tutorial teaches you is how to mute or block bothersome avatars. We predict many similar hacks, embedded in the functionality of the platforms themselves will arise to protect users and their rights in the metaverse.

More ambitiously, because the metaverse is about bringing together virtual spaces, operators will need a set of rules that enable users to maintain a stable identity and to carry with them virtual goods (say, digital sneakers) that preserve their appearance and functionality from one platform to the next. To those who subscribe to the bottom-up Web 3.0 creed, for which our online lives should be all about decentralization and user-ownership, that critical interoperability will not be legislated from on high by a small number of tech companies but will arise through agreeing open protocols that enable users to build the metaverse themselves, just like the early World Wide Web was woven together from user-generated HTML websites.

A clear contender to be one of the technological pillars of that decentralized vision of the metaverse is blockchain, which already enables payments that exist purely online and support the ownership of virtual assets such as non-fungible tokens (NFTs) and digital real estate. While it is not correct to say that blockchains create legal systems of their own, there is much truth to the proposition that blockchains can to an extent bypass the need for legal systems. The killer app of Bitcoin is that my ownership of a unit of Bitcoin depends only on the existence on its distributed ledger of an entry attributing that unit of the cryptocurrency to me. Legal systems can and have interpreted what happens when a Bitcoin is transferred as a transaction involving legal ownership, but those interpretations are, at the most fundamental level, irrelevant.

The long arm of real-world law

Lawmakers around the world are watching the emergence of the metaverse with a keen eye. The fact that Meta (formerly Facebook), a favorite target of regulators, has gone all-in with its strategic rebrand would be enough of itself to raise regulatory eyebrows, yet Meta is far from alone in staking a big claim to the metaverse. The metaverse is attracting major tech players not just as an incremental improvement to existing online experiences, but as the “Next Big Thing” and the successor of the smartphone, offering the new go-to platform in our technology-enabled lives. Even if the metaverse emerges to be a more decentralized, user-led space, its very premise, the ever-deeper migration of our offline lives to online spaces, means that all the legal and ethical dilemmas that have plagued the last generation of technology platforms will only grow more acute in the metaverse, from privacy, to cybersecurity, market power and free speech.

As of 2022, it is early days yet for the metaverse. A fully immersive network of online worlds stitched together by universal, open protocols is not yet a reality. Despite big investments and clear signs that leading tech players have their eyes on the metaverse prize, the race is on and the winners and losers won’t be known for some time. Existing laws have much to say about what will go on in the metaverse, but similar to what has happened with each generation of transformative technology over the past decades, current laws will be found wanting. In deepening the experience of online spaces as somewhere, with simultaneous interactions with vast numbers of people who could be anywhere, the metaverse will further test the ability of laws to assert territorial rights over online spaces. Don’t expect lawmakers to give up; few mainstream users will want a lawless metaverse to be the primary environment of their online lives. For both legislators and operators, solving the problem of how to create the right rules for the metaverse will be one of the key enablers of its success.