Lis, Lu, and Leco are braver than anyone I have ever met. Not only do they know what defying Brazil’s military policy means, but they decide to do it despite the threats. They paint pixo, graffiti, a brilliant language of defiance, and they truly embody brave people.

Leco has been trapped by Zé Fofinho, and has been tortured to reveal who else knows about the phone. The girls, who were about to drop the phone into good hands, must hastily change plans. 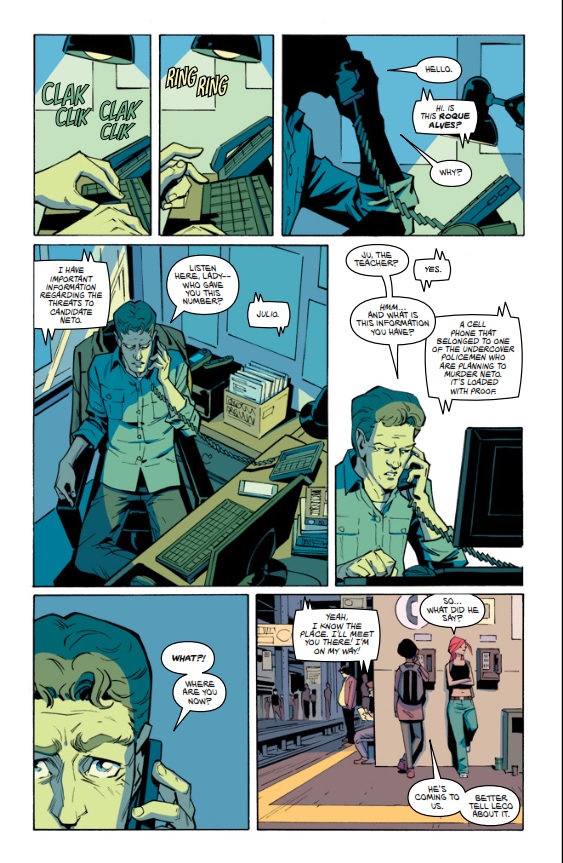 They only have two things on their side: the independent press and their ability to use technology. They have a crazy plan that just might work, one that involves taking pictures and distributing them immediately, and a set of actions that could just save both Leco and their familie′s lives.

Things are truly heating up, and on the other side stands an entire army. They want them gone, and they can make them disappear without a trace. Such is the terrible power police who once aided violent regimes can muster.

Will the plan work, and furthermore, will Neco, the candidate of the people, save his life in time for the elections?

One more issue to find out…

Featured image by Rafael Albuquerque, all images belong to comiXology

Pixel 6a Gets That Best-Ever Price Out of Nowhere