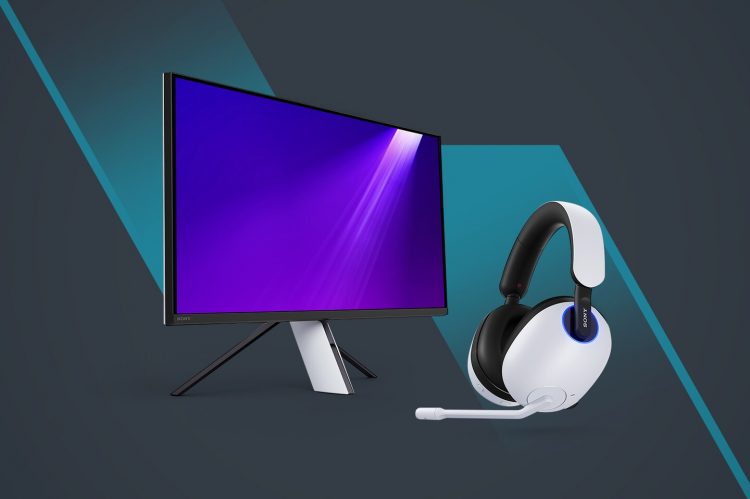 Inzone had been in the works since 2019 — before the pandemic — as Sony executives observed growth in the video game and esports industries.

“We are entering the gaming gear industry with monitors and headsets at an exciting time, since gaming and esports have gotten even more popular over the last few years,” Kazuo Kii, Sony president of home entertainment and sound products told The Washington Post. “We are leveraging Sony’s high quality display and audio technologies to deliver products that will allow gamers to immerse themselves into their gaming world.”

PS5 designer: ‘When I started drawing, it was much larger’

The Japanese conglomerate hopes that PC gamers — particularly first-person shooter players — will give Inzone a chance, and not associate Sony primarily with consoles.

“We are not saying we are not focusing on the PS5 users. But because we are latecomers to monitors and headphones for [the] gaming segment, we believe we have a chance to catch up,” Kii said. He added that he hopes Sony can catch up by appealing to top competitive gamers and influencers who might use Inzone products and promote them to their audiences.

“I believe if top players from top companies mention ‘Oh, Sony’s Inzone is great,’ we can catch up,” Kii said.

While Sony hopes to woo PC gamers, it hasn’t left PlayStation 5 users behind. Aesthetically, the monitors and headsets are designed to blend in with the PS5, should users happen to own one. The two monitors work with the PS5, which will optimize screen colors once connected. The monitors also have a switcher feature, allowing users to connect a single keyboard, mouse and headset to a PC and PS5 at the same time, and switch between the two.

Sony’s approach to gaming headphones is to try to see which of their options resonate with consumers. The company will offer a wireless headset for $299 with noise cancellation and synthetic leather, along with a pared down $229 wireless headset (no leather or noise-canceling) and a $99 pair of wired headphones. Kii said that all three pairs will be equipped with a spatial sound field feature; gamers will be able to hear how far opponents are from them and where they are located, based on sound cues.

The headphones are also designed to be less tight around the ears so that players can wear them comfortably for hours.

Read more: With the PS5, Sony’s big bet is that what’s good for developers will be great for players.

The new brand launch comes shortly after Xbox’s announcement in early June that it was trying to court Japanese developers, who have traditionally worked more with PlayStation. While Inzone takes aim at a gaming community more commonly associated with Windows PC and Xbox, Kii denied that the brand launch was a bid to compete for Xbox’s audience, saying that many players use multiple devices to game.

Inzone hardware builds on Sony’s current offerings for TVs, monitors and noise-cancelling ear buds, tailoring that technology to appeal to gamers. The company is still undecided on whether it plans to offer hardware besides monitors and headsets under the Inzone brand, according to Kii.

Inzone will come packaged with a software program called Inzone hub for users to access and change settings such as lighting and bass.

“Sony’s gaming division, PlayStation, has primarily been focused on the console games market,” said Daniel Ahmad, senior analyst at research firm Niko Partners. “More recently the firm has been looking to reach a broader gamer demographic beyond console, starting with those that play games on PC. Asia is one region of the world where console gaming is dwarfed by PC and mobile gaming. As Asia is a critical market for the games industry, Sony is finding ways to address that market beyond consoles with this move.”

How to Find Unread Emails in Gmail