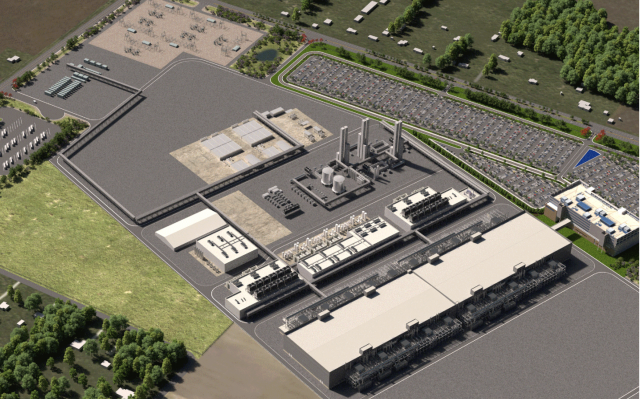 Intel was planning on holding a ceremonial groundbreaking event at its new Ohio fab in July. Now, those plans are on hold. The July 22nd event has been shelved, and Intel says it’s up to Congress whether it will ever be held at all. Intel is calling on the nation’s legislative bodies to pass the CHIPS Act. This would release funds Intel was planning on receiving to help shore up the cost of building out the new megafab near Columbus.

The crux of the dispute is over funding. The CHIPS Act was first passed by the Senate in the summer of 2021. Since then, it’s been stuck in legislative gridlock. The House of Representatives appropriated $52 billion for it in February. However, since then the two chambers have been unable to join their bills together and pass the sucker. The Washington Post reports lawmakers have been delayed by arguing about matters unrelated to silicon manufacturing. These issues include climate policies, trade with China, and more recent matters such as funding for the war in Ukraine. The clock is ticking though, as legislators famously leave town in August for a month-long vacation. When they return, they are likely to once again be distracted by the upcoming midterm elections.

An Intel spokesman emailed a comment to the Post about the situation. “As we said in our January announcement [announcing the Ohio location], the scope and pace of our expansion in Ohio will depend heavily on funding from the CHIPS Act. Unfortunately, CHIPS Act funding has moved more slowly than we expected and we still don’t know when it will get done. It is time for Congress to act so we can move forward at the speed and scale we have long envisioned for Ohio and our other projects.” The Post noted that Global Foundries expressed similar frustrations as it’s also expanding a facility in New York.

Intel has already committed to spending $20 billion on the facility, but the final cost might reach as high as $100 billion. Intel says its plans may change if it doesn’t receive the subsidies it was hoping to get from Uncle Sam. It’s also the recipient of a generous $2 billion incentive package from the state of Ohio. Intel says the site will eventually provide 3,000 jobs for Intel workers. During its construction, it will create 7,000 jobs too. Intel also clarified that the funding delay will only impact its plans for the Ohio fab. It will have no impact on its planned expansion at its fab in Chandler, AZ.

Intel isn’t the only company waiting for congress to get its act together. Last week over 100 CEOs from tech companies such as Microsoft and Google sent a letter to congress demanding action on the legislation. “The rest of the world is not waiting for the U.S. to act. Our global competitors are investing in their industry, their workers, and their economies, and it is imperative that Congress act to enhance U.S. competitiveness,” the letter reads.

Ask Help Desk: How to use your phone while traveling abroad