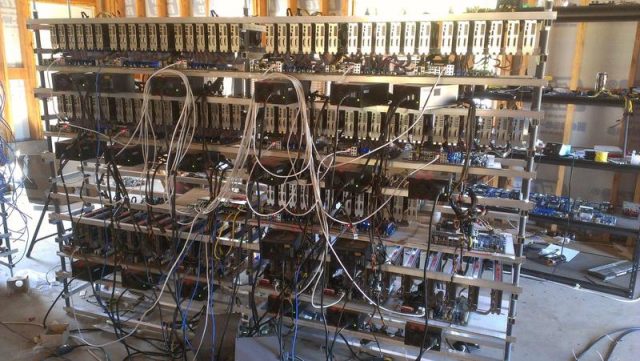 Crypto currencies are taking a beating right now. All the big coins are way, way down in price from where they were two years ago, while electricity prices have risen at the same time. For a lot of people, this means that the math simply doesn’t work anymore when it comes to using GPUs to mine crypto. Right now it’s cheaper to just buy crypto, since it’s so “affordable.” As we head into summer, there’s no relief in sight for anyone’s electricity bills. This confluence of events has created something PC gamers have been waiting for since 2019 or so: the mass GPU selloff. Obviously, a lot of these GPUs have been ridden hard and put away wet. But that doesn’t mean you can discount them altogether. Still, there’s some things to consider when purchasing a used GPU.

First off, I don’t think GPUs that have been used for mining should be automatically avoided. There’s a lot of variables at play in that environment, after all. Most, if not all, miners undervolt and under clock their GPUs to reduce power consumption and heat, which is a good thing for those looking to scoop them up on the cheap. Since nobody would want a card that’s been highly overclocked for a long time, this is the opposite if that. However, some coins like Ethereum require a lot of memory bandwidth, so a lot of miners usually overclock there instead. This obviously leads to a lot of heat, and Nvidia’s RTX 30-series cards are notorious for having memory that runs hot already. Overclocked memory combined with the lack of spacing between GPUs in a mining rack could mean the card in question lived its life in a torture chamber.

The crypto crash has resulted in some tempting deals for used GPUs. (Image: eBay)

Consumer level video cards are also not tested or validated for 24/365 operation. Some of the cards hitting the market could have been running nonstop for years, if not longer. Still, this doesn’t necessarily mean they are damaged goods. As long as they were running within spec, and weren’t overclocked the whole time, they might be totally fine. The best way to find out if a card you’re looking at buying was used for mining is to just ask the seller for details. What were the clock and memory speeds? What was the cooling setup? If they don’t have that information, or pretend to not know what it means, we’d shop elsewhere. Also, glancing through eBay listings we didn’t find a single listing that mentioned mining, so it seems sellers are being cagey about it. In our opinion, if that information isn’t disclosed as part of the transaction, we wouldn’t go through with it.

Also be wary of posts that only show a stock photo of the GPU or the box it comes with. Personally, I’d buy local if you live in a city big enough to offer such things. That way you can hold the card in your hands before buying and at least inspect it. Generally, I’d be wary of eBay, especially when there’s better options on Reddit. For example, there’s /r/minerswap and /r/hardwareswap that are currently full of good deals on GPUs. You can also browse the poster’s history to see if they’ve been involved in mining operations.

However, bottom line; GPUs are now close to MSRP due to the sudden imbalance in supply and demand in the GPU space. That means you can get a brand new RTX 3080 for $800 or so, with a generous warranty. In our opinion, if your budget is at least a little bit flexible, we’d just pay more for the security of knowing our GPU will run perfectly for years.

There’s also the matter of timing. It’s unfortunate the GPU gold rush has occurred just as we enter the twilight of the current generation of GPUs. Both Nvidia and AMD have next-gen GPUs in the hopper currently. Plus, rumors indicate they might offer twice the performance of the current gen cards. This makes it a horrible time to upgrade. Still, if you never upgraded before and are limping along on a GTX 960 or something, there’s some killer deals out there. Just be sure to practice due diligence before you pull the trigger.